The “Happy Family” copse of Sequoias

Visually, although their size is impressive, it is more their beauty that strikes. Their majestic presence is humbling and it is impossible not to be utterly wowed by them. The red bark is soft to the touch on the older trees and has a dull hollow sound when knocked upon… giving you an overwhelming desire to find a secret door somewhere around their vast girth. And often a dark door like opening is found in the form of a fire scar, allowing you to actually step inside drawing you further into their magic.

Inside a massive Sequoia’s burn scar

For me, more than their size and beauty, (as if they aren’t enough), the invincibility of the sequoia’s is perhaps their most awesome quality. They don’t die of old age! Imagine that! They literally live forever if they are not toppled in a storm or cut down by man. Far from fire being a foe it is their friend… they depend on it to reproduce. The tiny seeds wait patiently in their dangling cones for up to twenty years until a forest fire, in the past started naturally by lightening but now either deliberately by their protectors or ignorantly by visitors too lazy to put bottles and cigarettes in bins, burns the floor around them and dries up the cones for them to drop their seeds. Once dropped the seeds land softly in the perfectly fertilised, ashy forest floor with all local competition, bar it’s parent tree, wiped out by the life giving fire.

The Bark of the Sequoia’s is resistant to fire, fungus and insects, making the tree almost invincible. It’s soft to the touch and sounds deep and hollow.

Even once fallen these never-ending trees go on, taking centuries or even millennia to degrade. In the process providing habitats to innumerable species of fauna and flora, even humans. 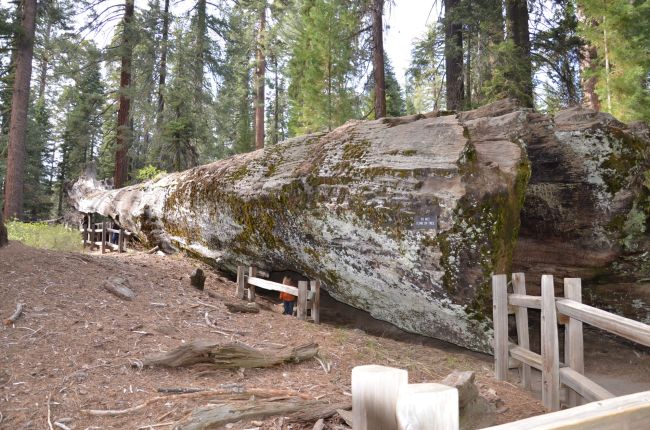 The trunk of this fallen sequoia has provided a home for humans over a number of decades in the last two centuries. For a sense of perspective spot Orla inside. 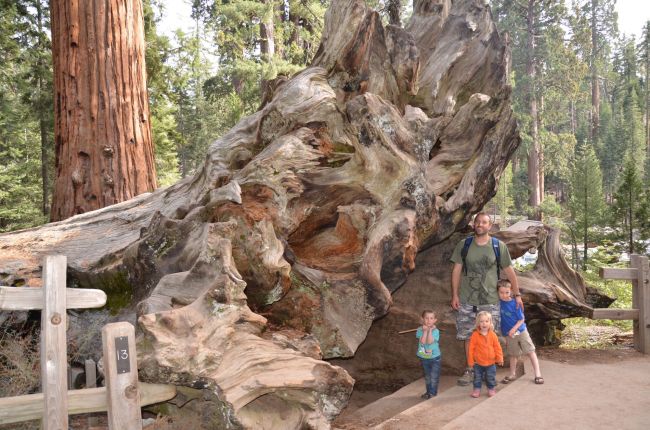 Once fallen these mighty giants can take millennia to decompose. This has already been here for centuries.

Sequoia National Park offers more than big trees too. Near our camp at Potwisha is hospital rock where evidence of the five century long settlement of the Potwisha people intrigues the mind of us wanna be hunter gatherers. Over 500 people lived in the village, sustained by acorns ground in these grinding holes in the rocks like permanent and massive pestle and mortars, and other abundant resources in these luscious mountains. Their pictographs adorn the split rock over one hundred years on from their demise… their first encounter with white people. Although not malicious, they were befriended by the areas new settlers and within a decade so many had been killed by newly introduced diseases that the survivors dispersed and the village site abandoned.

Pictographs by the Potwisha people at Hospital Rock

Grinding holes made by centuries of acorn grinding by the Potwisha people at Hospital Rock.

The wildlife in sequoia is impossible to miss. Woodpeckers are as common as sparrows and almost every bit of dead wood has neat lines of stored acorns. Deer meander through the campsite and squirrels and chipmunks dart around the undergrowth of the pretty oaks. At night bats, far bigger than our British ones come out with audible calls and there is as much wild sound after dark as in the day.

A woodpecker welcomes us to Potwisha Camp Ground 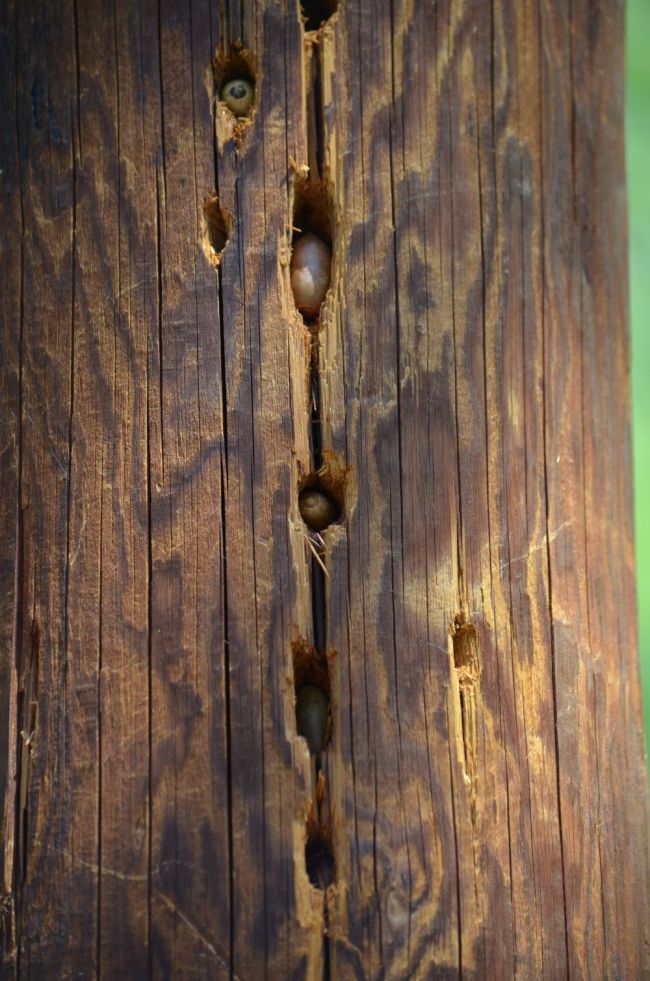 Acorns stored by a woodpecker. Every bit of standing dead wood was covered in long lines of holes filled with acorns. 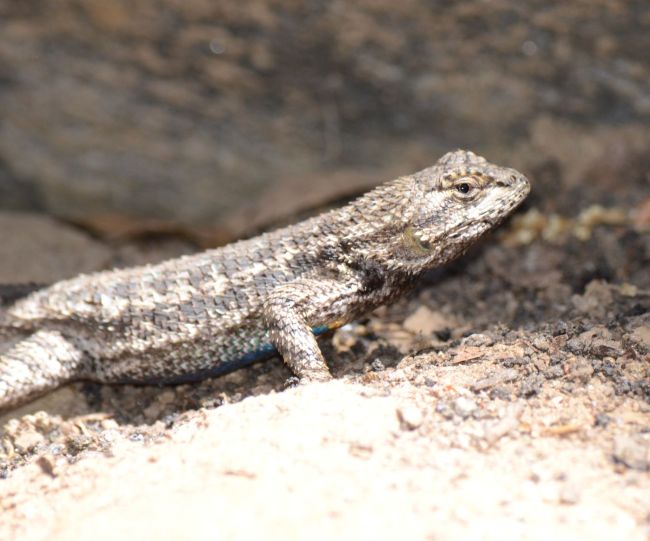 A lizard popped out to say hi too