The first bad decision of our trip so far… Leaving the wonderful Sequoia National Park early to head to Yosemite National Park. We planned to spend five or so days there camping and exploring having heard wonderful things about this unique and popular park. 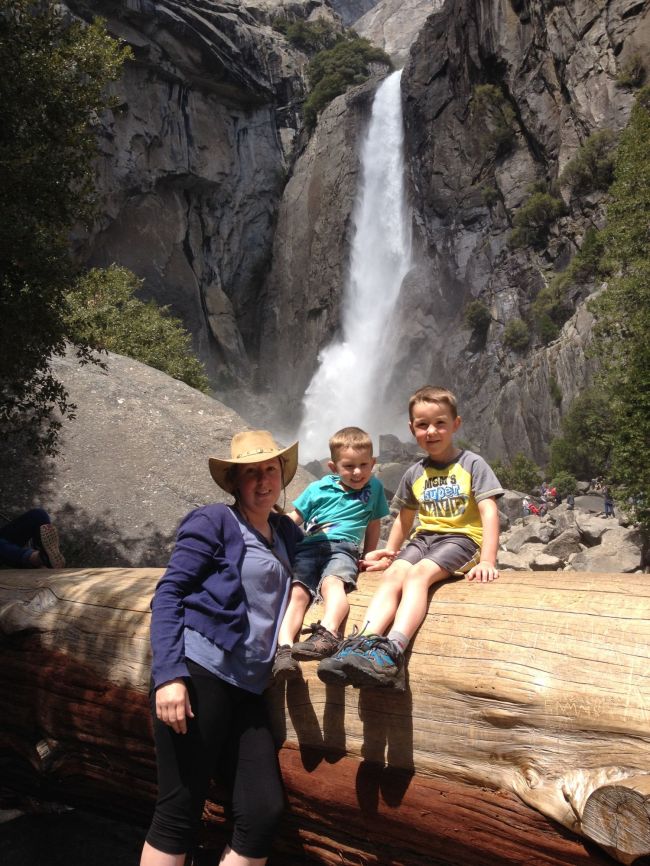 We had heard that it was a particularly busy park but had underestimated quite how busy it would be. It’s basically like a theme park. Massive queues and traffic jams line the roads, pavements and buildings in the valley. Huge car parks cover acres. Camp spots are entirely booked long in advance and people are everywhere.

It is a truly beautiful valley of massive granite rocks and gushing waterfalls flowing from the snow capped peaks that frame the sky. But the people on the rat tunnels around the valley were just too much to bear and we had to get the hell out of there.

There is also an awkwardness to the beauty in the valley. Or at least for us there was. You see for the last 8,000 year there was a civilised population of native people living in this area. Not that you would know as they stepped lightly and left little trace of their long inhabitance. They lived there in harmony with their surroundings until about 100 years ago when their numbers were destroyed by disease brought by white settlers and the few remaining were forced out. Since then the white people, in the name of “preservation” and for recreation paved the foot paths, made roads, visitor centres, restaurants, lodges, shops and everything else required for people to flock like gulls and shit all over the place.

The walk to the falls was marginally better than negotiating Oxford Street on a Saturday before Christmas!

We left, feeling embarrassed by the spectacle and a little sad although we would be inclined to return out of season for wilderness exploration or rock climbing away from the crowds (the rock climbing is certainly unique and world class and the climbers we saw seemed inconspicuous and respectful).

Having been totally peopled out in California we have instead headed across the Great Basin towards Utah again to explore more of the canyons and parks in that region before time in Colorado.

With over 12 hours of driving yesterday through vast expanses of nothing, bar casinos and services with slot machines (with loads of people from the middle of nowhere playing them, providing the demand that explains their supply!) we covered 600 miles and got close to Salt Lake City.

4 thoughts on “Yosemite – moving swiftly on”