It’s been a slightly odd week for us. We’ve holed up in a particularly nice Days Inn, visited various tourist attractions, dealt with some admin issues, watched lots of TV and split our time with the kids so I could get the book I’m working on finished.

First up we had to swap our hire car having now travelled well over 10,000 miles. The process of swapping meant we had the chance to upgrade to an SUV and we took it… we’re now in a 4×4 Chevvy Suburban. We also bought new, warmer, sleeping bags for camping next week. The Bass Pro we got them at also had a bowling alley so we had our first family game of bowling.

Manitou Springs is a funky little historic town on the outskirts of Colorado Springs. By ‘historic’ I mean it’s over 150 years old, which by American standards is positively ancient, whereas to us it’s like a toddler aged town. It has great restaurants, shops and a whole host of fascinating, geology and history based attractions.

Our first stop was the intriguing cliff dwellings, which demonstrate delightfully that the human history of the continent didn’t in fact start with the European settlers. These impressive feats of architecture date back around 800 years and demonstrate the highly sophisticated nature of the societies and cultures in this stunning and abundant region.

Next stop was a ghost town with interesting displays of the various shops, homes and workshops of the old frontier towns. Live wasn’t really very different to today really. The biggest difference was the pharmacy, which was full of basically utter nonsense that did nothing to prevent serious illnesses from killing their victims. The lotions, potions and poisonous pills of yesterday truly makes one thankful for modern medicine.

Lotions and potions… all utterly useless if you were actually ill. They did use a lot of morphine in those days though so if you were doomed anyway at least you weren’t in pain. 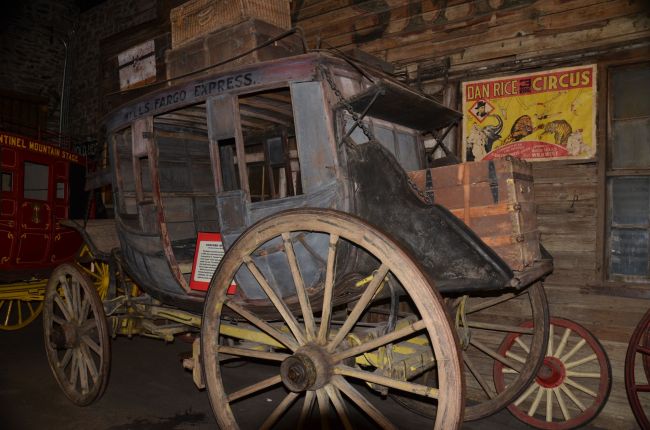 The old stage coach – Calamity Jane eat your heart out!

And it’s that thanks that I worked on for the next few days as I would likely have died during pregnancy had I lived during the pioneer era in America. So while I focused on finishing the book I am authoring about hyperemesis gravidarum, Rob took the kids out to play parks and the Zoo, where they fed giraffes and watched grizzly bears catching fish from under the water. 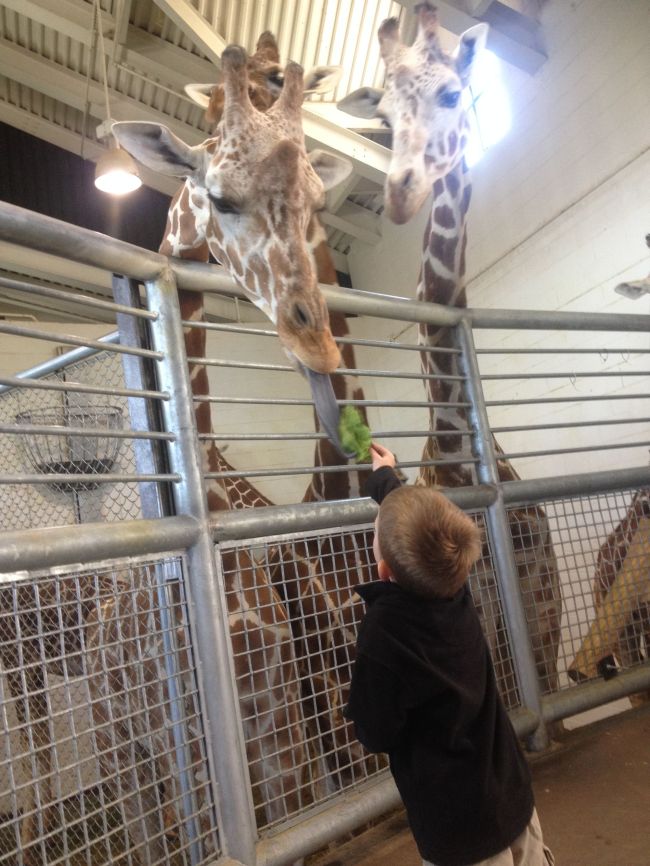 Face to face with a grizzly!

The book finally complete, ready to go to the publishers and me significantly more relaxed we went to visit the Cave of the Winds. An impressive maze of tunnels and caverns deep inside the mountains. Hundreds of stalactites, stalagmites, ribbon formations, cave corral and all sorts of interesting and beautiful cave features. Admittedly they would have been even more beautiful had our irritating tour guide not have thought he was a comedian rather than a tour guide. 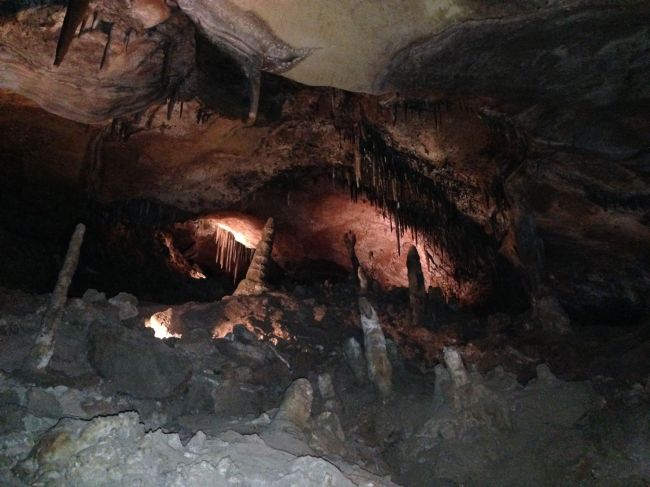 interesting geological features at the Cave of the Winds

Today we headed over to the gold mining town Cripple Creek. This un-politically correctly named town appeared almost overnight and at the height of the gold rush had a population of around 35,000. Despite being burned to the ground the town thrived and had three rail roads leading to it. But when the gold rush came to an abrupt end the people left and the population dwindled to just 300 residents. Now it is a major tourist attraction and has a host of fantastic museums and, like most of America that we’ve seen so far, a bizarre number of casinos.

The Heritage Centre and the Jail are both well worth a visit with brilliant interpretation and personal stories of the towns residents. But our favourite by far was The Old Homestead Museum. It was the towns most prestigious brothel, charging up to $250 per night (about $9,000 in today’s money). Pearl DeVere, the original proprietor was clearly an entrepreneurial beauty and knew exactly what she was doing when decorating the house in the finest, most expensive furniture and decors from around the world. The house now contains rare and beautiful furniture, lamps and clothes from the era and fascinating history of the town and it’s residence. Sadly Pearl DeVere wasn’t so cleaver when it came to taking morphine as she died very young of an overdose after a row with a wealthy customer she was clearly more than fond of. Her funeral was the biggest in the town to date after the gentleman in question donated $1,000 after her death, along with a ludicrously expensive gown for her to rest eternally in. The brothel was then taken over by one of the other girls and continued successfully until all the people left the town. Without the demand for services the girls left too and the house became a boarding house and then a private residence until it was opened as a museum in the 1950’s.

Thanks to the private ownership the interior has been preserved beautifully with original, vastly expensive wall paper and much of the furniture. There are dresses found in the property and the rooms have been recreated perfectly thanks to the help of one of the original residences who married and remained in the town.

The pair of ancient old ladies who gave the tour were brilliantly knowledgeable and enthusiastic, which infused the house with a sense of care and love. Sadly I couldn’t take photos due to the potential of damage from the flash to the old artefacts and I didn’t have the tripod for non-flash indoor ones – you’ll just have to visit for yourself one day!

On the way back to Manitou Springs we tried to go the mountain track route through a National Forest but discovered the road was closed 16 miles in along the dirt track. So we had some fun trying out the 4×4 skills of the car and got to go through an awesome tunnel before head back to the main road. We were hoping to spot a bear, which as yet has proved elusive to us, sadly it remains so.

Tomorrow we are heading down a little in Colorado, towards Crestone, where we have our next wwoof adventure at Earth Knack, a stone-age living skills centre. We’re really looking forward to it!

My 94 year old great aunt Lorna resides in Windsor so we took a trip there to see her before we head off. While in Windsor we decided to visited the Castle, which despite having grown up just a few miles away I only have vague memories of and only visited once or twice before. So we headed to the Queens house for a nosey about…

Well we were impressed, what a fantastic day out and an amazing history lesson for the kids! The bad first… It’s expensive (unless you live local, then it’s free). It cost us £48 pounds as a family ticket, at that price Rob was hoping for roller coasters. You have to go through security like at the airport so don’t accidentally leave your pen knife in your pocket or nail scissors in your purse.

Once you are through the payment and security barriers though it’s pretty much all good. The weather was great but if it wasn’t then you would need waterproofs as there is a lot of outdoors before the indoors. We whizzed around the dolls house as that wasn’t so up our street but the State Apartments are “Epic” as Alf said repeatedly.

Mega swords, daggers, guns, cannons, bayonets, suits of amour and every sort of historic war weapons adorn the rooms. Huge banquet tables and the queens throne impress the children and in every room you really must look up… Kids love cool ceilings! The history of the 1,000 year old castle is just wonderful, images of knights and dragons abound and capture your imagination. Wars fought, lives lost, dramas and mysteries involving kings, conquerors, princesses, politicians, peasants and all the other people who have lived and died within these impenetrable walls. In some places they are 4 metres thick and there is a secret passage too.

The staff around the Castle were really nice and helpful and there is a free cloak room for your pushchair and coats. You have to check in your pushchair but they lend you a sling or hip seat for free… A much appreciated service.

Warning: the banisters are very polished so if sliding down them you can really pick up some speed… Fun as that may be watch for metal poles at the bottom which can result in tears, bruising and a cool story.

We headed out into the sunshine to nurse the banister sliding injuries and watched the guards changing posts (not the full changing of the guards sadly as that’s alternate days in winter). They are a little scary, the guards, with their clicky shoes and guns with daggers on. But they are appealing to watch marching around and surprisingly young (or perhaps I’m getting kind of old?).

St George’s Chapel is a beautiful church within the grounds which houses the various remains of historical figures. One in particular captures my imagination – King Henry VIII. The whole Tudor period really does it for me and I love learning about it to enrich my imagination of the time and lives of the medieval people. So when the chap there offers to show us the seat the Queen sits in and let’s us have a sit on it… Then announces that they all sat there, even Henry VIII, well oh my giddy aunt (not aunty Lorna, she’s not very giddy)… I was pretty chuffed to be sitting on a seat which had been sat on by Henry VIII with my very own rump – I’d say that was worth the £48 alone!

A visit in the winter months is well worth the effort as it was relatively quiet. I should imagine in Summer and school holidays it must be heaving. We bought the children’s book which is well written and interesting and I’m feeling like I can put a nice big tick next to history for Alfie’s homeschooling this week.

I’m sorry to say that after my fantastic photography lesson yesterday I actually forgot to take my camera out today so the pictures are all from my phone. It is very photogenic though and I’d be keen to return just to photograph it more, the angles and shapes are just fantastic. I also can’t seem to disperse pictures throughout the post from my iPad so they are all below.

Tomorrow we lose the hire care and head to London. On Monday we will visit the science museum to learn about the moon. 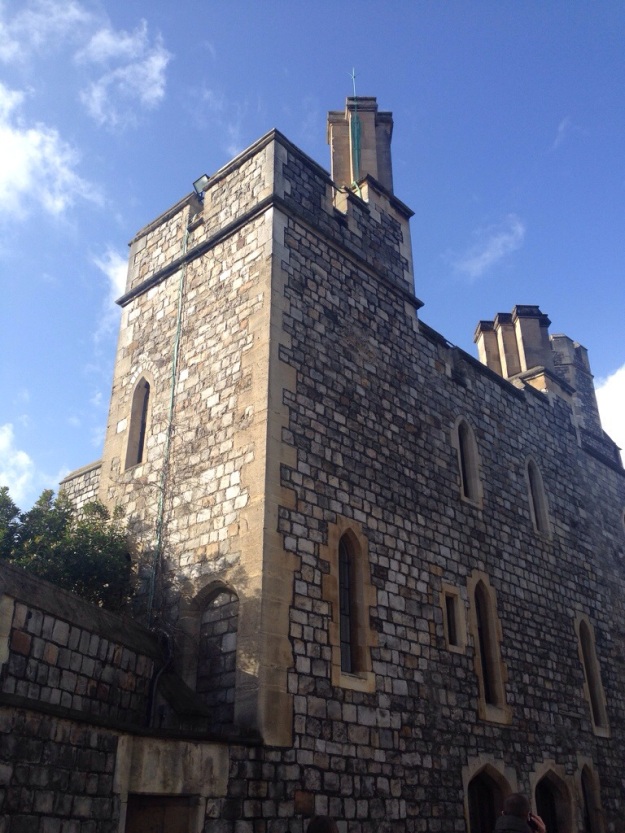 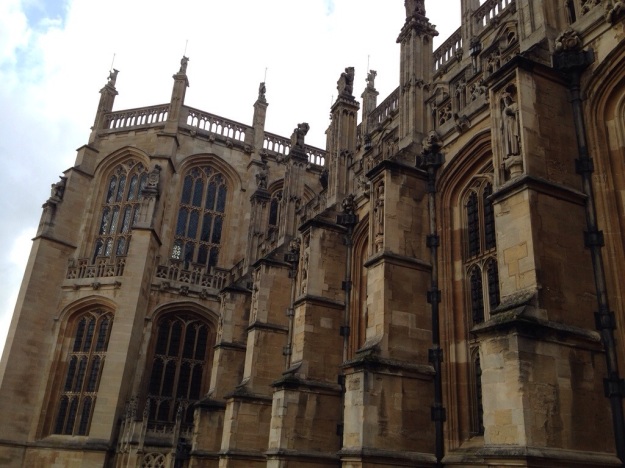 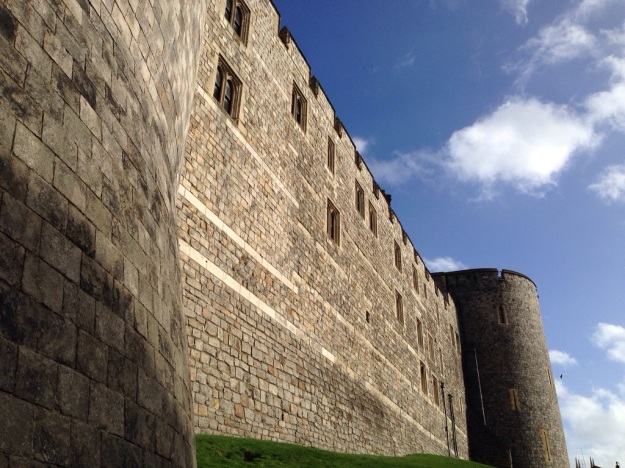 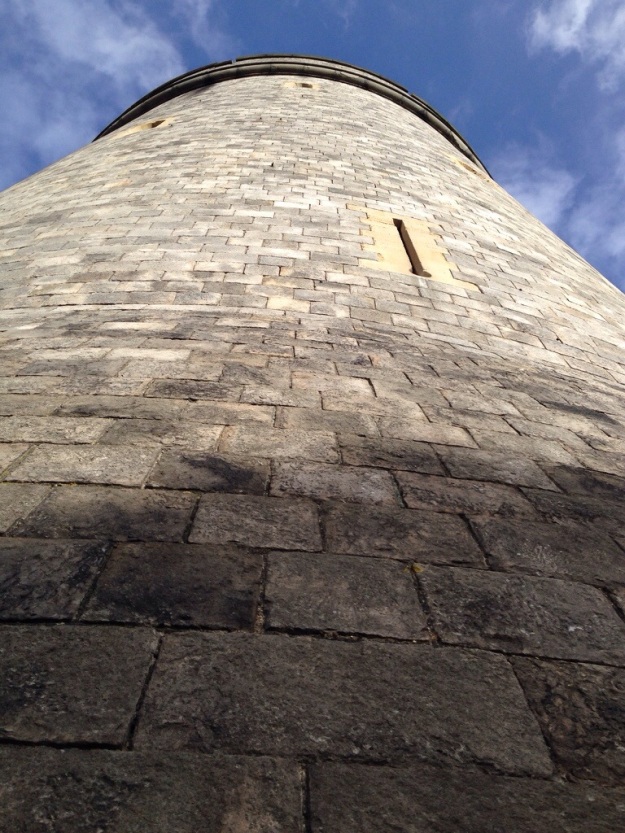