We arrived in the afternoon on the Tuesday with plenty of time to set up our tent, arrange some dinner and settle in. But the place was deserted! Certain we were in the right place on the outskirts of hippy-ville, (otherwise known as Crestone, which makes our home town of Lostwithiel look positively un-hippyish!), we waited a while to see if our host, Robin would appear. We made a fire and as all Brits do in such circumstances… we had a cup of tea. Eventually my phone graced me with the ability to make a phone call (a rare luxury with an iPhone!) and we got through to Robin’s voicemail which confirmed she had been delayed in her journey from California which should have seen her return the night before. So we pitched our tent, found the compost toilet, made dinner and when to bed, optimistic that our new warm sleeping bags would keep us toasty warm. 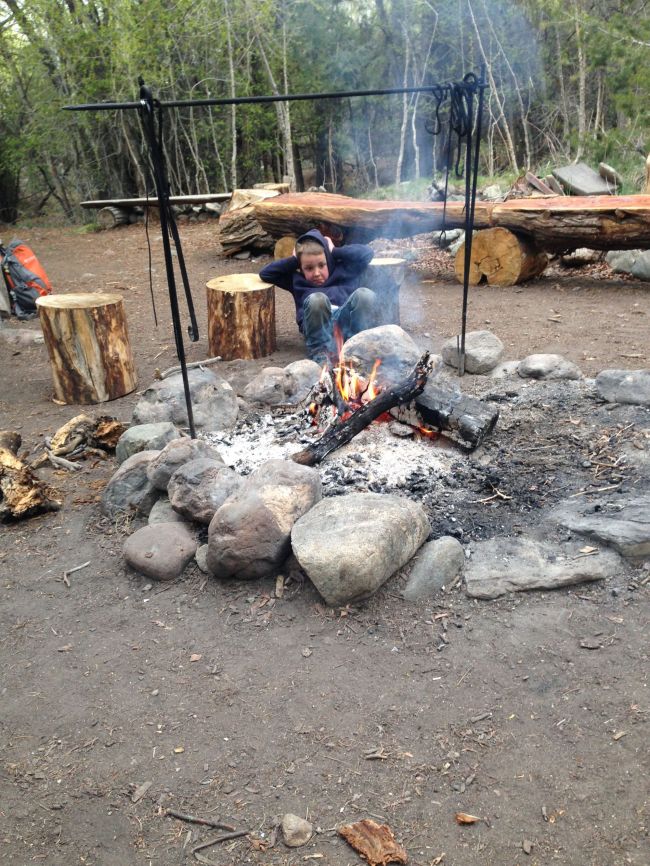 A fire is an important moral booster for outdoor living!

After a long night freezing our butts off we rose to find Robin had arrived home in the night and after introductions and explanations we settled in. Later that day some other people arrived for their “internships” learning primitive skills. We spent the day getting to know each others stories and learning the ways of the Earth Knack camp… how to empty the buckets of “communal compost”, how to avoid a bear trying to share your tent and other such delights.

The communal camp area with the outdoor kitchen in the background

As family wwoofing goes, this is spot on. Robin is like a child whisperer and instils calm and respect from all three of our increasingly feral children. She believes strongly in including the children in the adult work and they are encouraged to stoke the fire, partake in the primitive skills and ask questions. As such the work is arranged so that the while family can join in. We are mainly digging over and weeding a set of flower beds to be planted next week and there is a communal garden in the town where we are all pulling, digging, chopping, rotorvating and generally getting filthy. Other tasks include collecting wood and preparing the communal evening meal.

Collecting firewood as a family affair – Orla is in her element!

After a couple more freezing nights we obtained a couple more blankets, found our warmer winter clothes from the roof box and have learned how to wrap ourselves in such a way that the last couple of nights have seen us warm and cosy and sleeping just lovely.

After watching the interns, Grey and Susanna, learning to use a bow drill, Alfie has been utterly determined to have a go. So last night Rob and he worked hard preparing their bow drill set and set to practising the technique – with huge success! Fire from friction surely has to be one of the most satisfying skills one can learn. 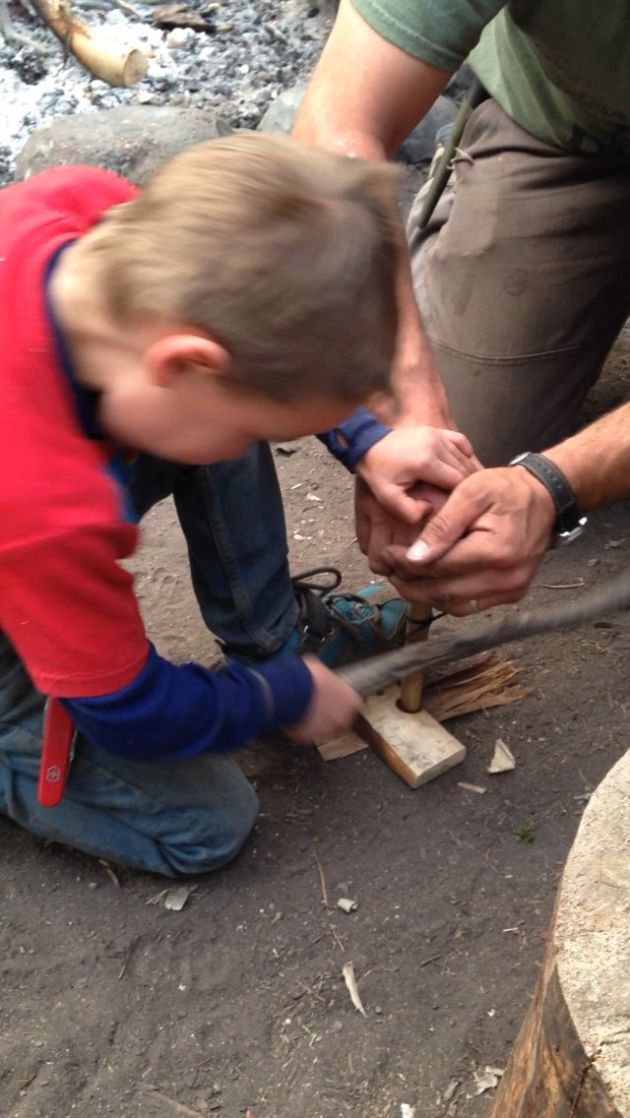 As the weeks go on we’ll be learning more about the edible plants in the area, Alfie will have a chance to make a bow and arrow and I’m hoping to have a chance to learn some basic flint knapping techniques to take home. Talking of home…. You’ll have to wait a little longer to hear…. 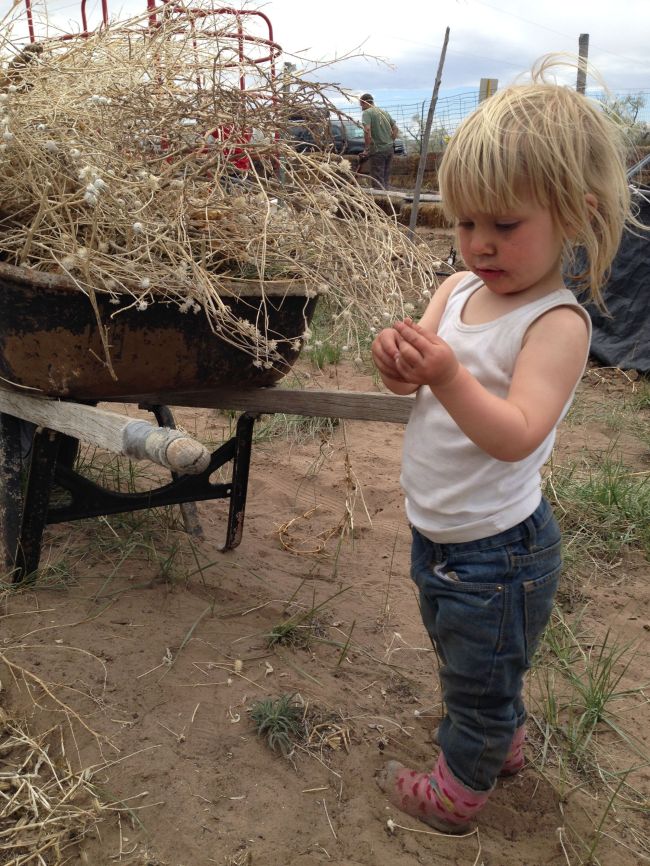