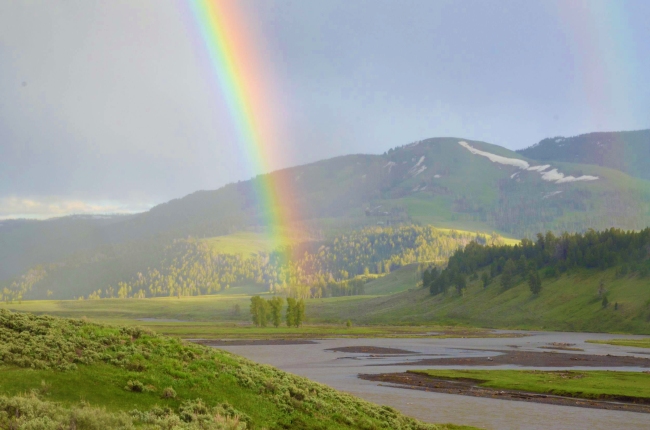 After our disappointment at Yosemite we had lowered our expectations for Yellowstone, the mightiest and most famous of all the National Parks in America. It was probably wise as we had previously had very high hopes for this “Serengeti” of the Northern Hemisphere, having watched numerous spectacular nature and geology programs about the place. It was, however, unnecessary. Yellowstone did not disappoint. Far from it, our expectations, pre-Yosemite were easily surpassed and we were utterly blown away but the most incredible landscape, fascinating features, wonderful wildlife and fantastic people. 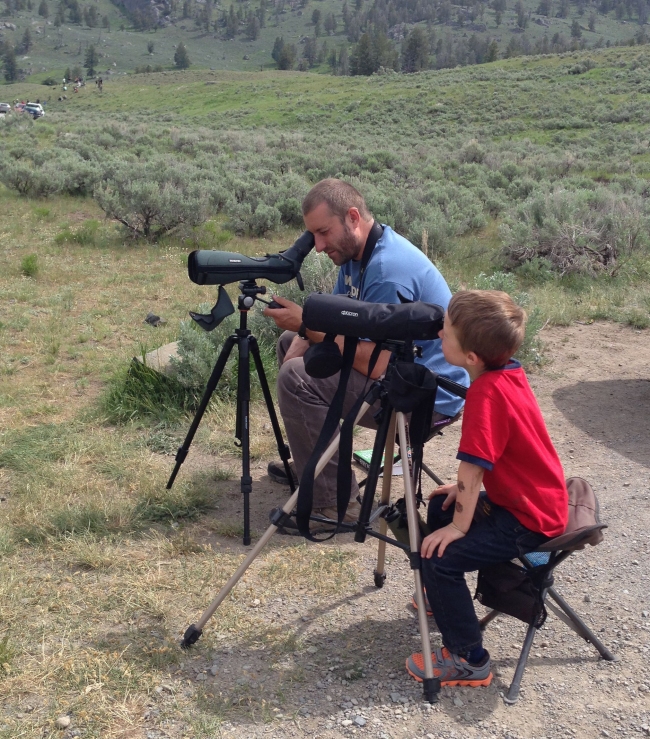 Rob and Alfie using the scopes 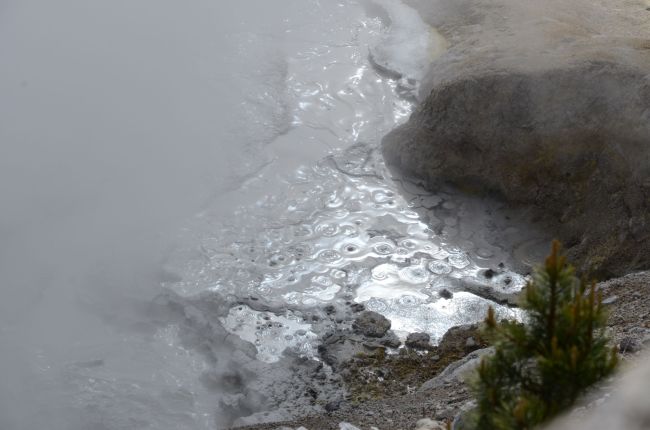 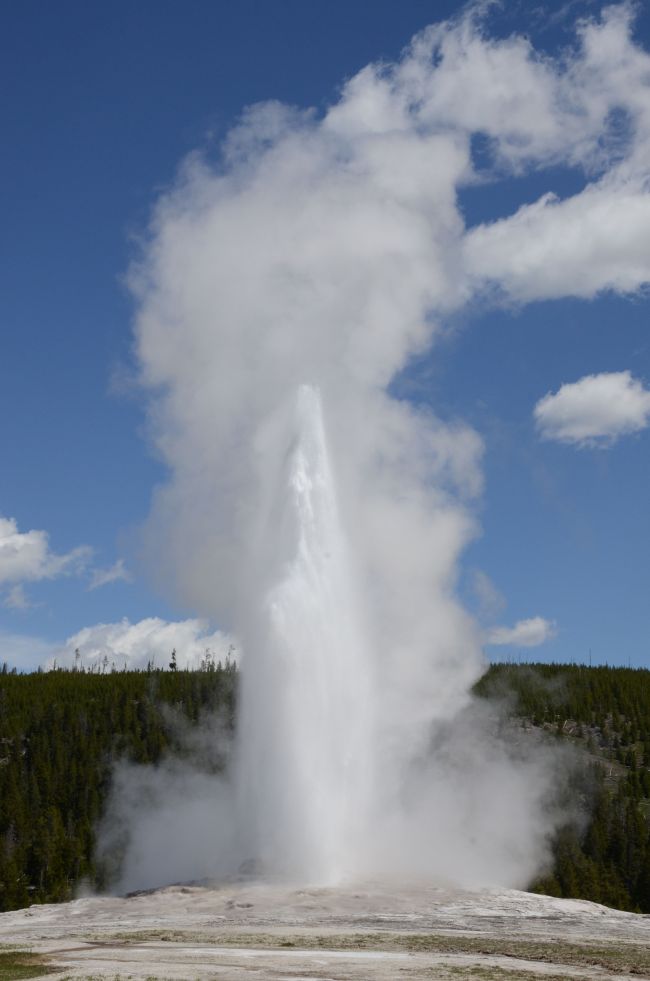 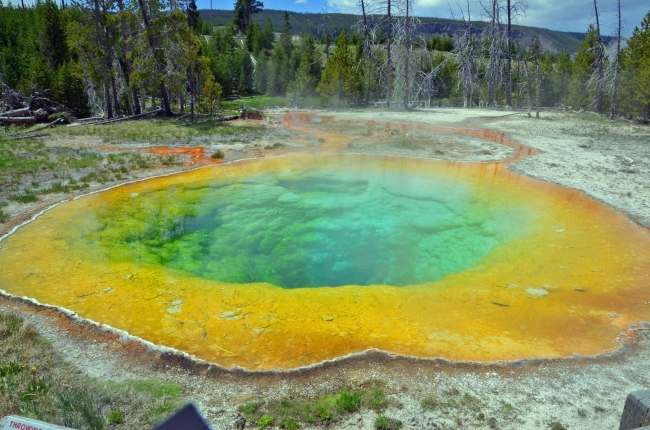 Morning Glory pool – it has to be seen to be believed! 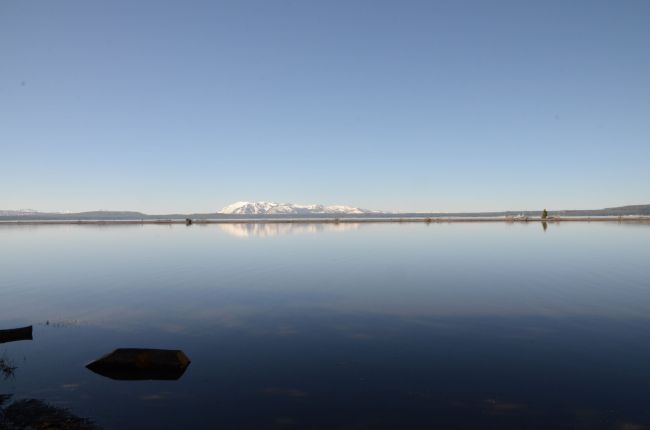 The wildlife in Yellowstone is unsurpassed anywhere else in North America. We had a list of “would like to see” animals and very few were creatures we actually expected to see. Well we were just ticking them off almost hourly for the first couple of days! On expanding our list to things we never thought we would get a chance to view, Yellowstone continued to perform, tick tick tick! Now, don’t think you can just rock on up and see grizzlies, wolves and mountain goats. You need to actually look for them and be in the right place at the right time… ie. The Lamar Valley at 5am. Indeed we Deans did rise at 5am (hardcore right?), bundled the sleeping children into the car with blankets and set off to see the wolves. And it paid off, we saw two separate black wolves and a big grey fellow. You also need to stay up at dusk to see more of your bucket list species but it’s the mornings that really pay off. From coyotes and badgers to birds of prey and yellow-bellied marmots, they all rise with the sun to be seen by the hard core nature watchers. 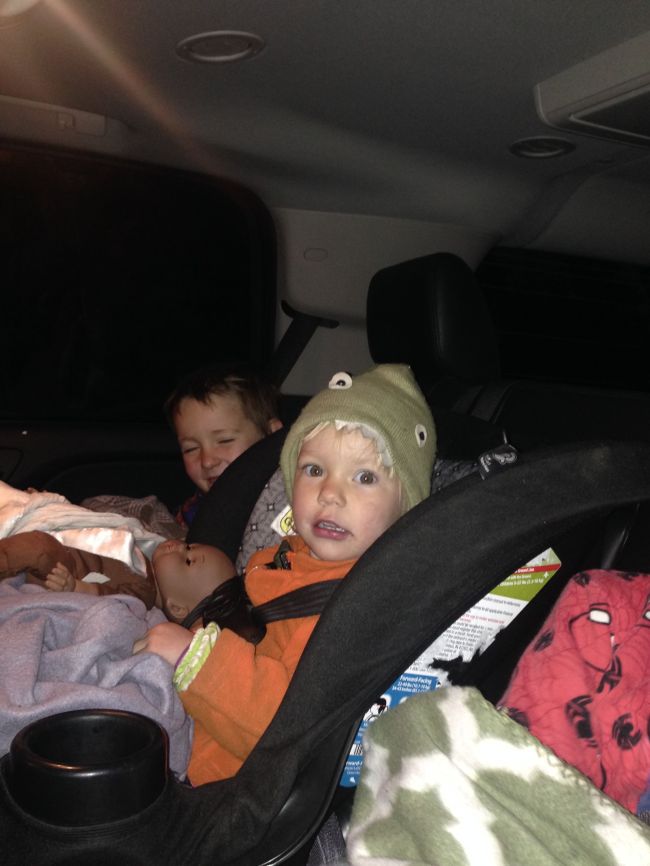 Loading the kids in the car at 5am, Orla was surprisingly cheerful! 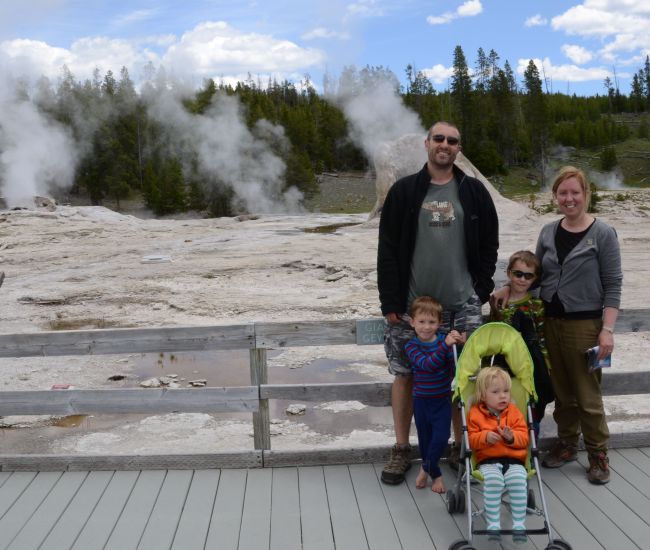 A little note on rising early for parents – If you are planning to drive a long way from your base camp for the entire day then remember to take clothes and shoes for your children to wear once the sun is up… My children may have seen the spectacular geysers and hot springs of Yellowstone National Park but they did it in their pyjama’s and with utterly inappropriate foot wear which I ended up carrying for most of the way. 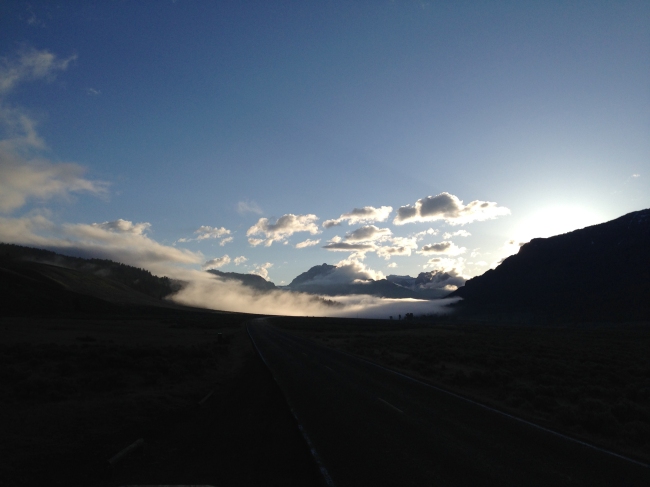 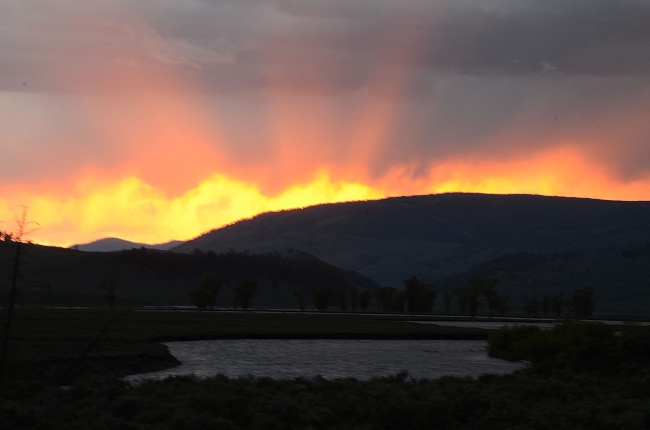 And staying up late means even more incredible fiery sunsets!

There are parts of Yellowstone which are particularly busy, around old faithful and anywhere a bear is hanging out near a road, thereby creating a “bear jam” as the hoards swarm to get photos. But, if you take a few of the tracks off the main roads, boy does it pay off. There is a 6 mile track between Mammoth village and Tower, where our campsite was, which was particularly quiet in the evenings and provided incredible encounters, such as a coyote hanging out with a badger right there in front of us. We also found secluded yet accessible fishing spots with no one else around and (with bear spray on Rob’s belt) we caught 6 brook trout which we ate for dinner back at the camp ground. 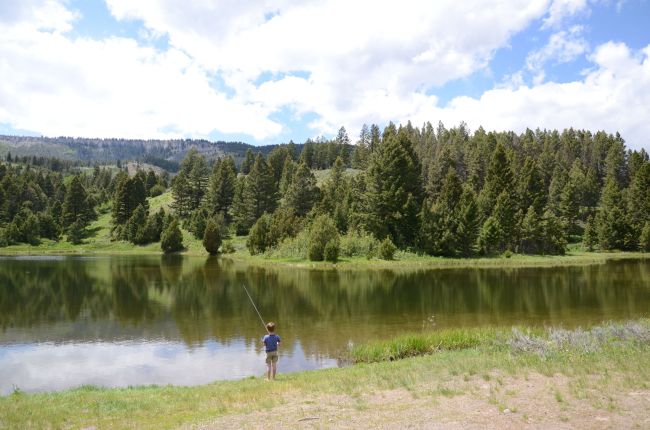 And the Brook Trout he and Rob caught which we had for dinner, yum!

The camp ground at tower was ideal for us, most of the park was easily accessible, particularly Lamar Valley where a lot of wildlife is easily spotable. All the campsites here have great fire pits and nice flat places to pitch the tent. Shady from the trees but with enough sunlight to warm up the air, we warmed water on the fire to bath the kids a couple of mornings and we all slept snuggly. Although getting out for a wee in the night in grizzly territory is a whole different experience. 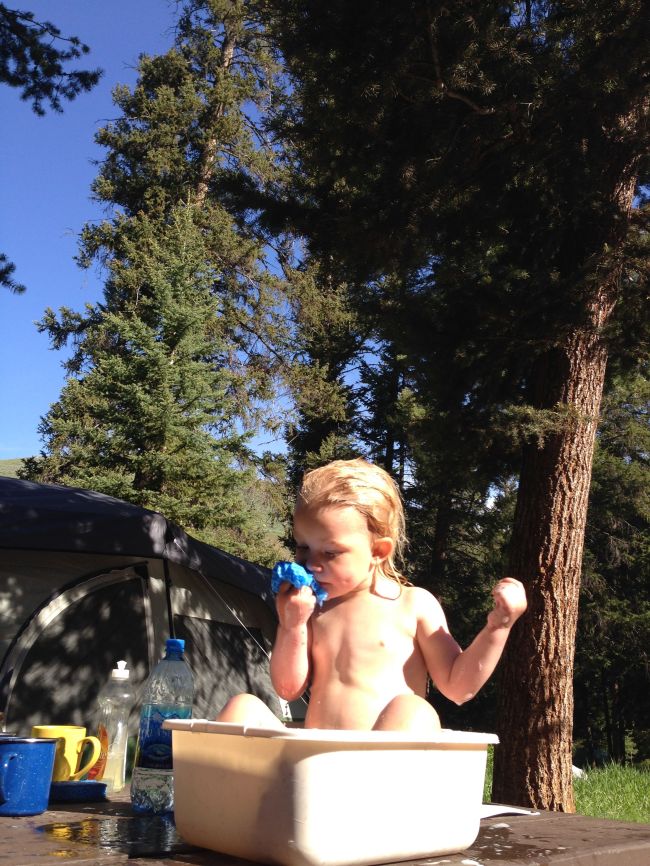 The best thing for us about the campsite was the people we met in the pitches near by. A slight disappointment for this trip for myself and Rob has been the lack of new people we have met along the way. We had imagined meeting all sorts of interesting and diverse people at campsites and in the National Parks. Admittedly we’ve met some lovely people at our wwoof placements and friends we’ve stayed with whom we already knew a little but at the campsites people have very much kept themselves to themselves. Until Yellowstone that it. The first night we arrived the children were invited to a s’mores campfire party which they loved and the next few nights we happened to find ourselves next to one of the most interesting and fun couples we could have hoped for. Bruce and Pat – wolf educators, film makers and authors, also brilliant with kids. Having lived with a wolf for 16 years they had fascinating stories and interesting takes on current hot topics. I shall tell you more about Bruce and Pat after we stay with them at the end of June at their Montana home but on returning to our tent after a late night wildlife watching we discovered our tent decorated with fairy-lights, lighting the way for our sleeping babies safely to their beds. Kind gestures make the best memories. 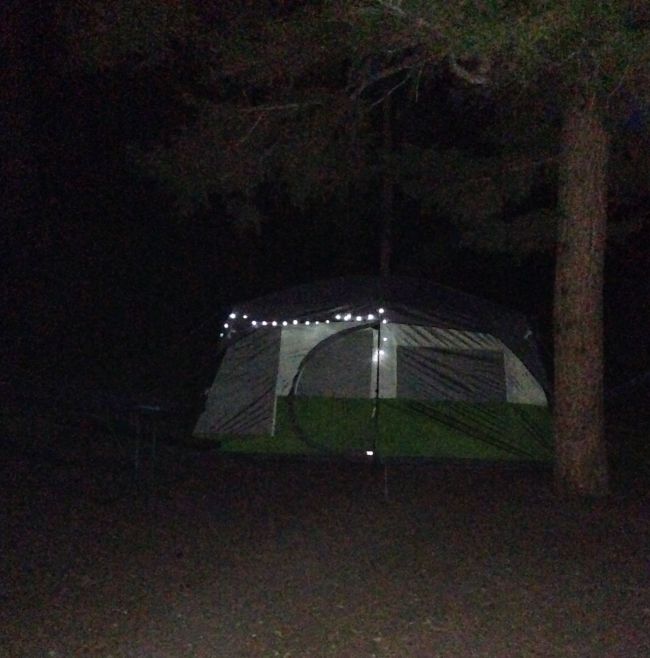 Coming home to find the fairies had been

Everyone we met in Yellowstone were fantastic and interesting and helpful except for one nutty lady who wouldn’t shut up, convinced that there were both Bison and Buffalo there, two separate species, hard to tell apart… “you’ll have to ask an American Indian to know the difference”. Oh and “the brown coloured black bears are actually brown bears”… Right Oh! Apart from her (there’s always one!) people shared tips, stories and experiences as soon as there was a clear interest and everyone was helpful and kind to the children. We went to see the ranger, Jim, who we had met a month ago in Canyonlands National Park and got more fantastic tips about where to see our tick list species, and the harder things to spot… though a live skunk still eludes us.

So here is our list of what we saw in Yellowstone (there are plenty more things we’ve seen elsewhere in the States but that list will come at the end of the trip). It’s not totally exhaustive and there are plenty more birds which we didn’t positively identify but this is the vast majority:

It’s almost impossible for me to explain the magic of Yellowstone in a blog post and my amateur photographs really don’t do it justice. If you have even a vague interest in wildlife or geology then you must put this place on your bucket list. Save up, do it on a budget in a tent, get up at 4.30 or 5am to make the most of it and just do it. You’ll never forget the massive bear tracks in the mud crossing your path or the experience of seeing wolves eating a bull elk carcass. The incredible fire like sunsets will burn in your memories along with the vast sky with ever changing clouds casting shadows on the most incredible and diverse landscape. The revolting yet fascinating smells will linger in your nose to remind you of the volcanic activity bubbling away below you as you live and breath forever touched by perfect Yellowstone. 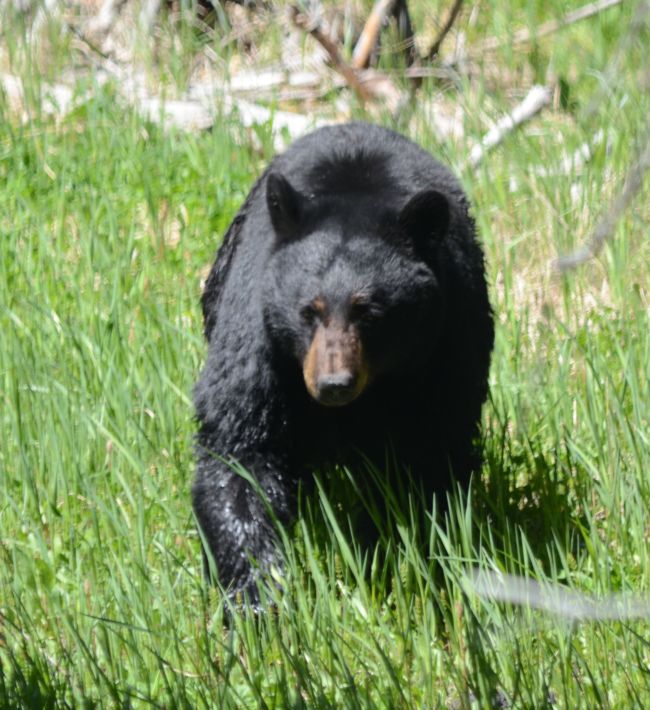 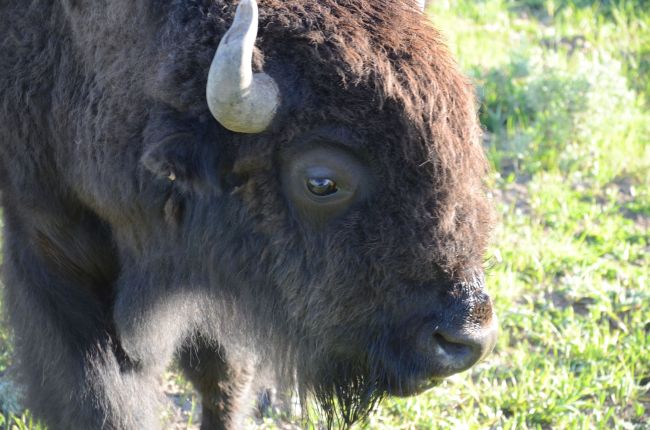 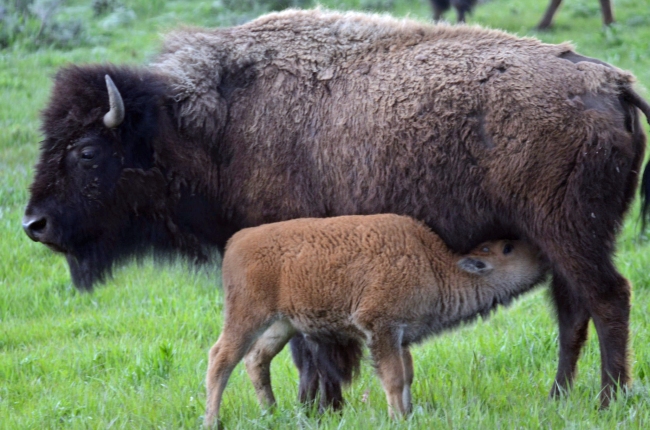 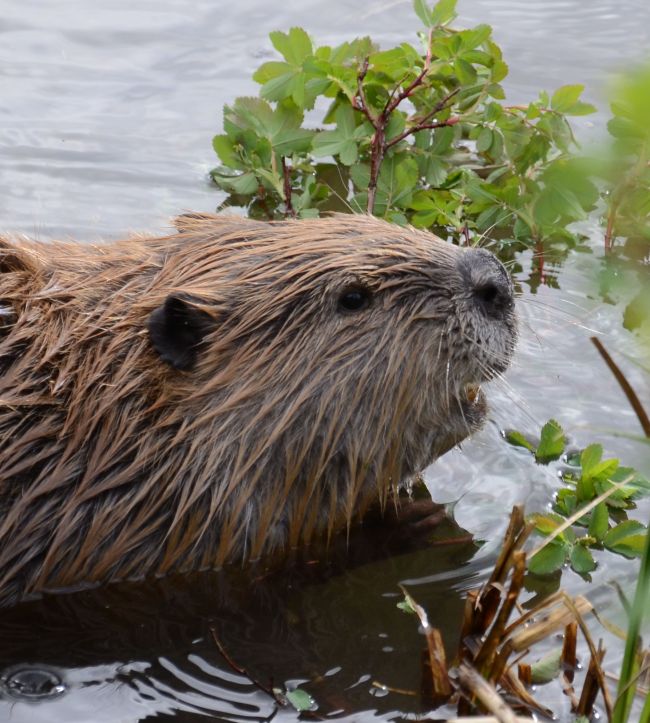 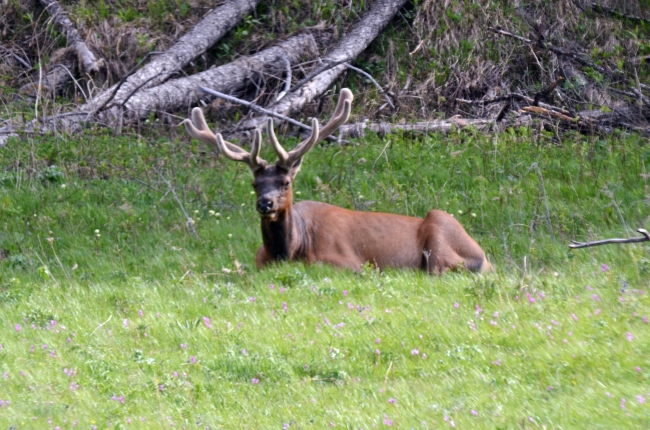 A regal bull elk from a distance 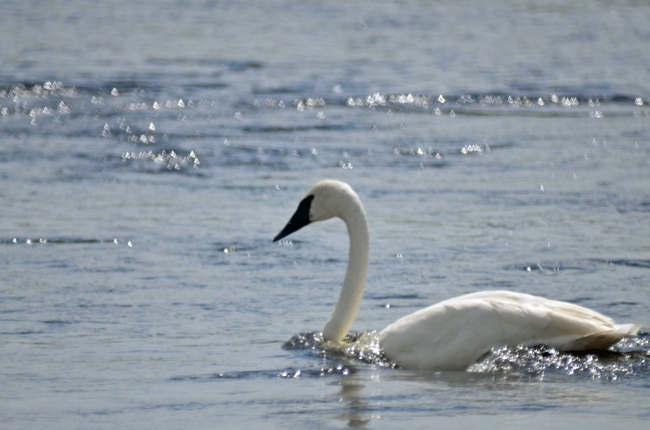 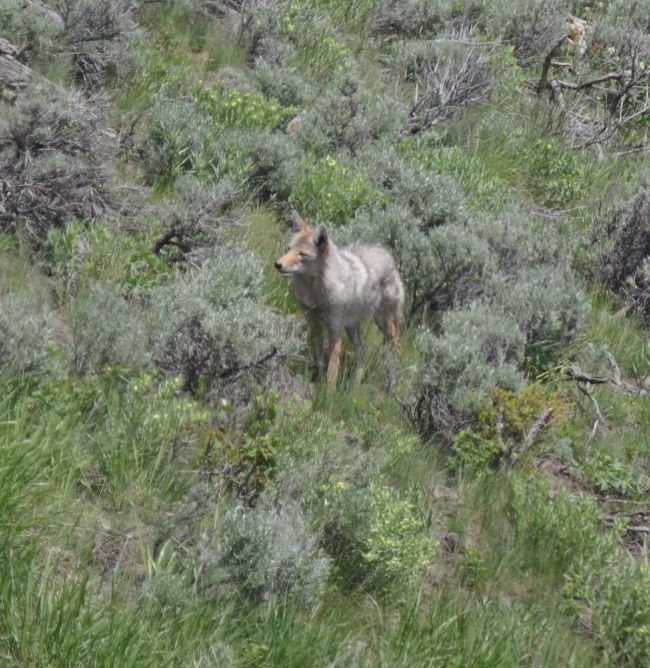 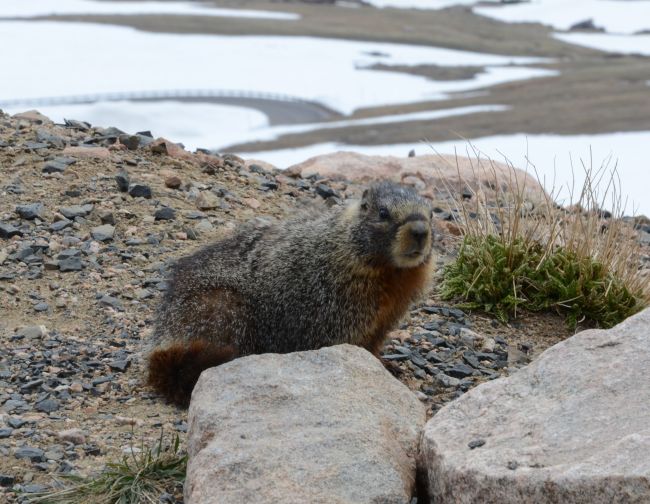 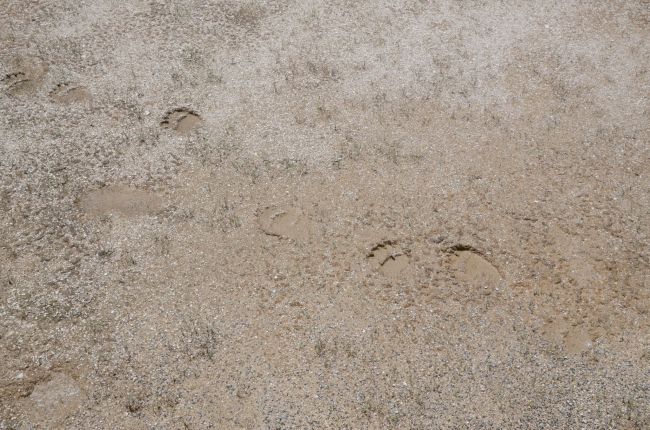 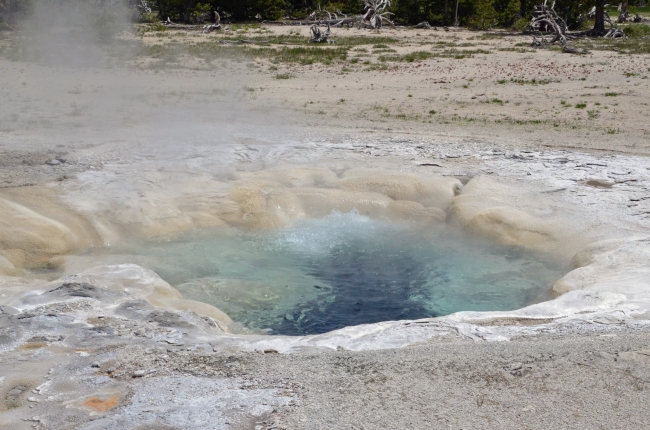 One of the magical hot springs bubbling and boiling away 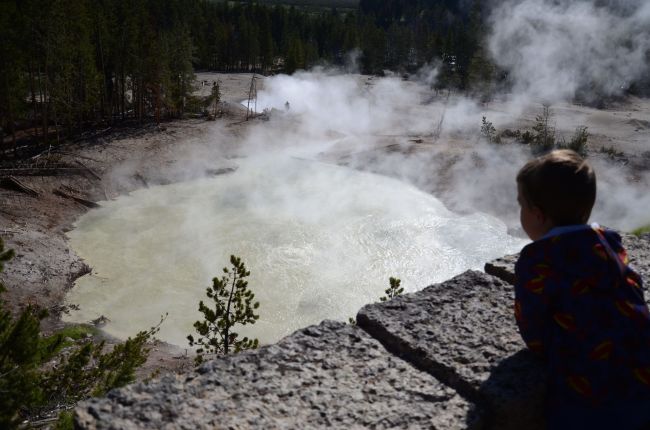 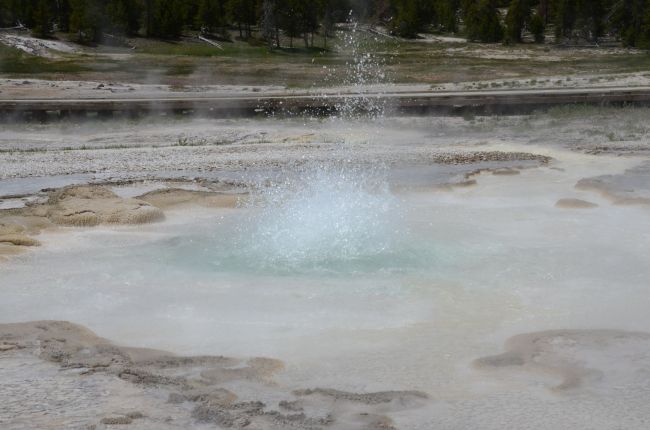 A small geyser erupting and spluttering over us 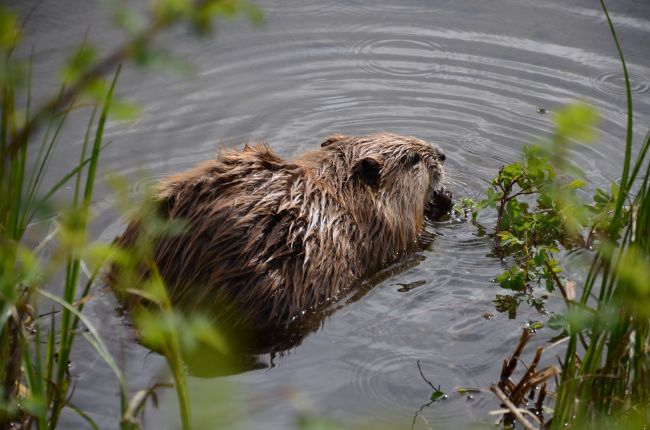 And finally, here is the beaver from Joffee Lake again