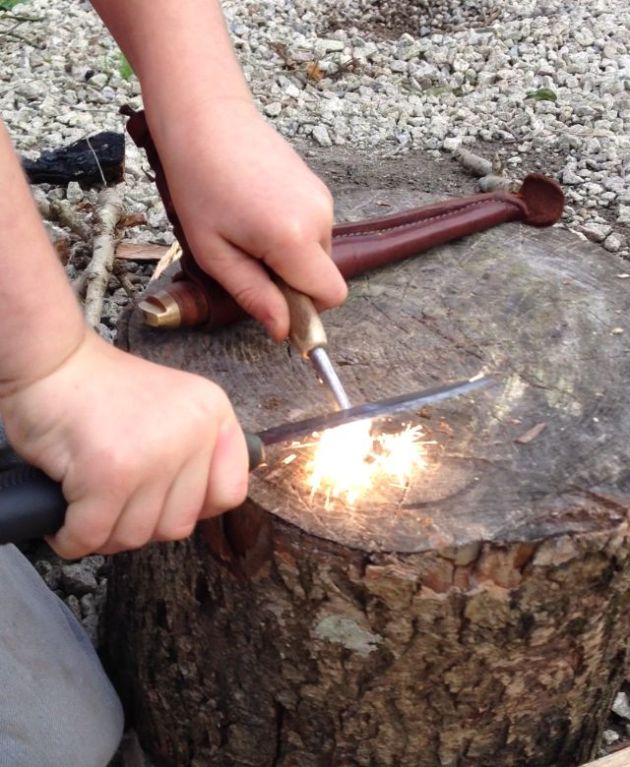 Setting personal goals is a good way of getting the most out of our experience. Although they are obviously flexible and overlap massively with each others we hope by focusing on specific areas individually we will all get a chance to really experience the things we want to.

It’s also a good way for focusing the children to key areas of learning and will ensure that we don’t just drift aimlessly around. We don’t intend to be “slaves to our goals” but these are all achievable and fun areas of focus.

Tracking animals and people in the wild and gain practical experience in the art of tracking. Tracking is a skill which has long interested me yet I rarely have time to pursue. I spot animal tracks and signs regularly, probably daily, which living in the countryside is relatively straight forward. But spotting them is a lot easier than reading them and knowing who made the track, when, why and where they went next. When you have the ability to know those “W’s”, who, when, why and where, suddenly the natural world is a constantly changing newspaper.

Photography – I’ve bought a decent lens for wildlife photography and I obviously want to gain experience with landscapes. But I hope to focus on portraits too of the people we will meet on our journey.

Geology and ancient history really captures me and I want to learn to “read the landscape” so I can look and understand how it was formed and altered both naturally by the earth’s processes and by man’s intervention.

Bird watching and identification – Before we had children Rob and I were keen bird watchers. Not the sort that would drop everything because some rare migrant had been spotted at Lands End. But the sort who, as a birthday treat, would get up at 5am and travel 3 hours to a particular reserve to see waders and terns. Since having children our ability to go bird watching is significantly limited and our skills in identification are dwindling. On this trip Rob wants to reignite his passion for his feathered friends and increase his identification skills, particularly bird songs, for which he has a natural flare.

Minimalist living is an area Rob struggles with! The whole “2 bag” thing is a lot easier for me than Rob. He just really likes having stuff that does stuff. He likes tools that make jobs quicker and easier. I expect there’ll be a bit of huffing and puffing along the way when we have to fix something or do something and he knows that in the shed at home he has a specific tool that would make it such an easy task but that right now we have to compromise with what we have and it will take longer as a result. But in the long run, being able to live more independent of “stuff” will be a great skill and unbelievably liberating!

Fire lighting – he’s been practising a lot already and is skilled with a fire flash and a flint and steel. He’s really rubbish at the preparation stage though. He knows a lot about the theory and can identify and find a number of natural tinders but he wants to get straight on with the spark. Without a carefully built fire to light the spark is pointless. So building a proper fire is Alfie’s main goal. Once he has mastered the preparation and actual fire lighting we will move onto other techniques like the bow drill for creating embers and sparks.

Carving and knife skills – again he is already getting going on this with the little pen knife he got for Christmas and occasionally using our bushcraft knives. By the end of the America leg he wants to have carved a spoon.

Using binoculars is a skill that we think Patrick is ready for. He’s mad for the bird and animal watching and is already a good spotter. He got some good binoculars for Christmas but mastering them takes patience and perseverance which for a 3 year old is quite something.

Bird identification is something he already has a bit of a flare for. He can identify quite a few birds already from robins and woodpeckers to barn owls and buzzards. This is obviously something he and Rob can really work together on which will be nice for them both.

Walking – Although she is already a competent little trekker and can walk about a mile without complaint, we are not going to have a pushchair (I think, it’s still a little in debate!) so she’s really going to need to strengthen those pins. We’ll have an ergo carrier though so please don’t worry that we are literally making her trek North America!

Keeping quite for wildlife watching! Keeping quite is definitely not something Orla is much good at yet. But learning to be calm and quiet in hides and along paths is key to spotting birds and wildlife… leading by example will be the way forward on this one. She’s soon get the hang of it, I’m sure.