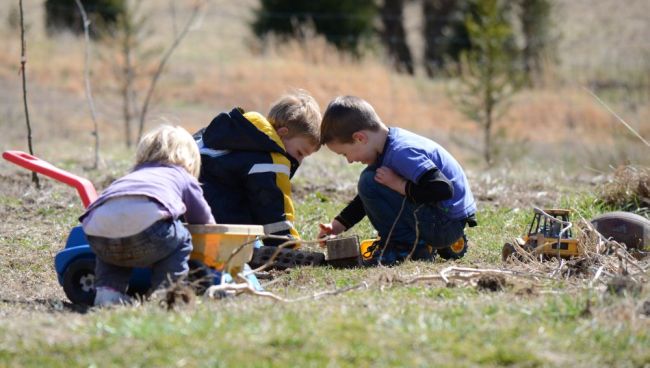 Finding the balance at the moment is kind of tricky. I’m am meant to be working whilst on the road. The book I’m currently writing about a medical condition is just not progressing as I had hoped… it was easy at home when I had childcare and evenings without distraction – I flew through chapters churning out thousands of words in a day. Here I have the children all day, Orla has dropped her nap (oh joy!) and then in the evenings it’s hard to find the motivation to carry on after blogging and sorting through emails.

The days are a combination of fun farm work, like milking the cow and collecting eggs, the mundane like sorting out meals and washing up (which is still pretty fun and novel in the Airstream), the mind numbing, like changing nappies and picking up clothes constantly, and the unbelievably exciting, like watching a bald eagle fishing on the river here. Plus we’ve been having campfires and using the bat detector and tracking deer through the woods (and, ahem, watching Game of Thrones on DVD). But that doesn’t leave a lot of time for blog and book writing or charity administration. I am proud to say though that I got up at 06:30am on Friday, sneaked out to the car (turned the heaters on!) and attended an online meeting. I suppose getting up early to work is an option that many people in my situation would embrace but honestly… it’s not going to happen so lets not pretend it is. I’m far more likely to get up at dawn to look for owls and coyotes and listen to the dawn chorus while watching the sunrise. And even that wouldn’t be a regular occurrence – sleep has become far to precious since having children. 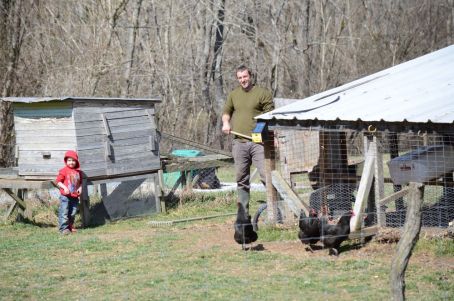 Rob and Patrick cleaning out the chickens 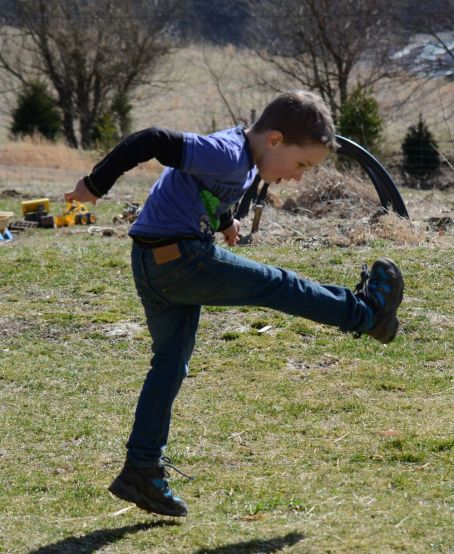 Alfie and I spend a while trying to get a picture of him kicking a ball. This was my favourite. 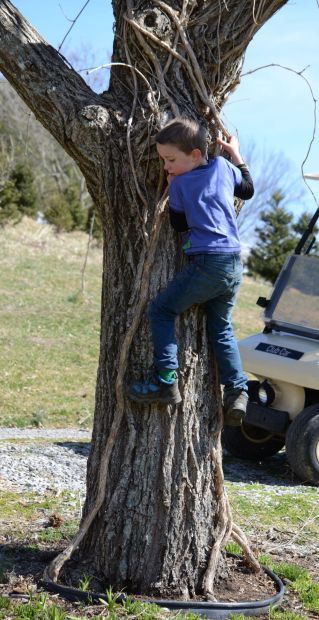 Slightly more frustrating is the lack of time with my camera. I am determined to get a decent picture of a bald eagle. Last night at dusk we spotted it flying along the river and when it perched I grabbed the camera, I got this rather ridiculous picture from our door in the hope I could see it more clearly on the computer but alas it was too far. 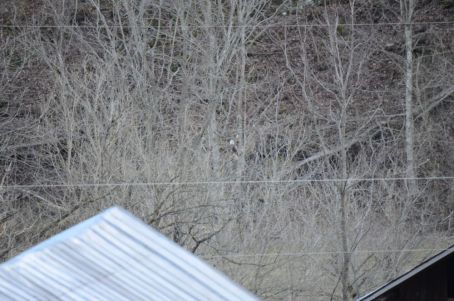 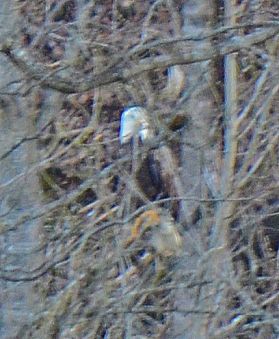 Zoomed right in, barely visible… but proof none the less that we have seen a bald eagle! It was somewhat better in real life 😉

This morning we saw him again perched on a branch by the river but this time we were about 40 metres away from him… without a camera or binoculars! “Why on earth don’t you just take the camera out with you all the time?” I hear so many of you cry… You people with none, one or maybe two children… With three kids in tow I can only take the camera sometimes and only if I also have Rob with me. Picture for a moment if you will… me laden with kids coats they are refusing to wear, chasing Orla down the road (man can that girl move when she wants to!) Alfie is chasing her for me and I diligently have my camera over my shoulder and across my chest resting on my back while not in use chasing them both. Patrick is somewhere near me but he is sly like a fox and moves around me shadow style. Orla stops suddenly, Alfie crashes into her and down they both go like a sack of spuds. I catch up, anticipating the howls that are about to start and on swooping down to retrieve Orla to her feet the lens on the camera cracks Alfie on the head… On turning to comfort him and apologise Patrick is taken out, again by the lens… I can’t pick any of them up in case they kick the damn thing and they are all now crying and it’s starting to rain…

This scenario happens on a daily basis, add Swarovsai binoculars in to the mix and there is even more chaos. Actually, that’s not true, it happens multiple times every day and the only aspect of it that I can alter or improve is the camera/binocular element. It’s the kit I’m worried about obviously… the kids heads will be fine, it’s never a particularly hard clonk!

That said, I do take it out with me when Rob is with us (so he can sort out the scrapes and falls without braining the children in the process) and I love using it when I can. I just have to accept my limitations. But you all know me, when I’m determined to do something, like get a photo of a bald eagle… I do it, and I’m even more proud of it knowing the challenges I faced in getting it.